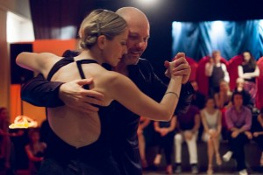 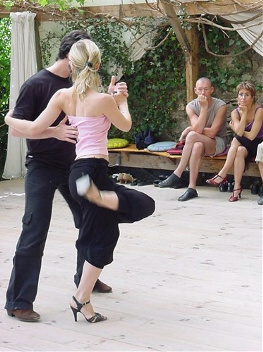 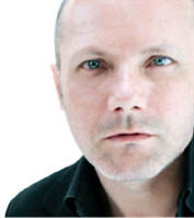 Celine Ruiz is a young dancer who teaches on a high level. She speaks english end gives a lot of personal attention during the workshops.
She has danced and teached for several years together with Damian Rosenthal.
Essential for her are the individual expression in the dance, playing with the music, improvisation, changes in distance in the dance, leading and dissociation. she likes to give you the technical skills to develop your own creativity and (musical) expression in the dance.

Alberto Colombo’s long-standing tango career dates back to 1993 when he discovered tango while studying dance theatre with Silvia Vladimivsky. During one of his many trips to Buenos Aires, the first being as early as 1996, he was invited by Gustavo Naveira, Fabian Salas and Mariano “Chicho” Frumboli to form a group which aimed to investigate new ways of improvising inside tango. During those years he met Teresa Cuña who had a pivotal role in improving his dance; together they performed in different countries in Europe. Afterwards he worked with Moira Castellano, Cecilia Gonzalez and Claudia Jakobsen. In 1994 he opened up the first milonga in Milano. The milonga called “Bellezza” is still running after almost 20 years and its dance floor has seen the best dancers performing and the best DJs playing music; it’s a place full of history and stories where many generations of new tangueros have grown up.

Since 1999 to 2003 he had performed with the French company Quart’Zarts: their show Valser toured the most important venues in Europe. From 2001 to 2009 he partnered with Alessandra Rizzotti with whom he performed in festivals and theaters, establishing himself as one of the leading tango teachers and performers in Italy.
In 2009 he started his artist partnership with Mariela Sametband. During the four following years he has performed, together with Mariela, in the most important international festivals, in Buenos Aires and worlwide. He regularly travels back to Buenos Aires where he dances, performs and studies. 20 years spent in festivals and milongas worldwide, always studying, teaching, dancing, meeting and performing with the top artists of this wonderful dance have established him as one of the most respected and older teachers in the tango scene.